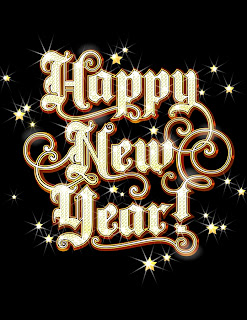 Time for Resolutions – and that is just what #ELTchat was thinking about in our second discussion of the New Year. We were joined by quite a few of our fantastic world-wide members, and some new contributors, who were very welcome. Everyone found the evening super- whoop-motivational (@vickyloras).

I think this quote summed it up well: @shaznosel: what I love is the fact that we have dreams in a period when most people have no hope – to the future generations!

I started off by resolving to get more of my colleagues and trainees involved. I will be happy to report back my success, but ideas will also be gratefully received. Interestingly, Marisa finished on a similar point. @cioccas and @Yohimar would both like to work on mentoring other teachers.

@janetbianchini and @vickyloras wanted to attend webinars and present at a few. This was echoed by @esolcourses, who added that she would also like to do more conferences face to face.  @ Marisa_C is addicted to meeting us in the flesh and would like to do it more often. Many people expressed their eagerness for going to IATEFL Glasgow and being able to catch up with their PLN. @evab2001 will be presenting at IATEFL for the first time, and would like to aim for an online presentation this year too. Janet is also thinking about moderating an EVO session next year.

@Wiktor_K and @leoselivan are also doing presentations and looking forward to meeting up.

@USCTeacher was interested in which platform to use and Marisa suggested Blackboard illuminate or WiziQ, mentioning that the former was more expensive. He said that they wanted to create better/free internet resources for teachers everywhere. They have recently launched@teachdotcom

@Marisa_C told us that she was moderating sessions for EVO in Second Life. This sparked the discovery that others were also preparing to do various EVO sessions for CPD.

@cioccas, @Yohimar and @pjgallantry chose training and studying as their resolutions. All of them were full of enthusiasm for all they wanted to do this year. This was an overriding theme- enthusiasm! Everyone was willing the others to do well with their resolutions. @Yohimar is planning to complete a CELTA course, while @cioccas has a Master of Online Ed tofinish. @pjgallantry plans to finish his Dip. and publish his research. Good luck to all of you.

@janetbianchini resolved to spend less time online or at least to avoid being “content-fried”. @divyabrochier thought that a 3-day social media detox each month would suffice.

@mattledding popped his head in briefly- he was celebrating the birth of new baby Gabriela, to tell us about his resolution: action research of habits – see if theories of pronunciation as a superhabit is valid. I think that one needs some clarification. Matt?

Blogging was mentioned too….

@vickyloras and @mscro1 resolved to blog as much, if not more than 2011 and to read and comment more. @mscro1 wants to have the time and confidence, although she has plenty of ideas, and Marisa suggested that it comes from doing, and not thinking too much about it. @evab2001 and @sueannan would like to try to update their blogs more often. @janetbianchini has the good goal of keeping her blog going, as she enjoys the writing. @Yohimar would like to start blogging about teaching. @Marisa_C would like to find time to write more, especially on her discourse blog. @cioccas said that she spent too much time thinking and not commenting on others’ posts.

@evab2001 also wants to read more books, not just blog posts. This struck a chord with @voigto who would like to use more literature in class and find time to read inspirational books. He would also like to contact authors for Q/A sessions. This was applauded by @Write_To_Learn.

@Marisa_C would like to finish the book she is writing for kiddies, and @janetbianchini would also like to write an e-book/digital story such as her last one.

And then there was MOODLE…

@Marisa_C wants to work on her moodle skills, especially how to buildone.@vickyloras agreed, as she is taking part in a course this year. @sueannan would like to put together a programme for online tutoring and discovered that @Marisa_C was working on her blended delta. @shaunwilden will be approached for moodle expert help and we would all like a future ELTchat on the subject. @evab2001 would like to learn about moodle too. @KeramidaM is interested in working on e-learning platforms.

@shaznosel learned how to use moodle as a student and @leoselivan offered his help to any of us who needed it.

@sueannan would like to make her lessons more learner-centred, as would @mkofab.

@dreadnought001 hopes to listen to students more and turn off the IWB for at least 5mins per lesson.

@KeramidaM wants to have time for more creative activities. @mscro1 is going to teach her son to make comics online.

@evab2001 wants to find ways to motivate her young students.

@divyabrochier           not talking the minute everyone is in the room

This one was interesting. @AnneSinclair1 and @hartle thought it was great to be in the learner’s shoes. @Marisa_C started by saying that she would like to learn a language, although she was picky about the teacher. @AnneSinclair1 and Marisa had had similar experiences of trying to tell the teacher how to do their job. One solution was to do it on Second Life, where there are some interesting teachers. @Marisa_C also wants to do some more teaching and training in 2nd life this year.

@cioccas thought that this would be a good way to ease into learning about 2nd Life.

@vickyloras is going to improve her German and brush up her French, as is @evab2001.

@mscro1 would really like to refresh her German too. @MarianSteiner plans to continue his French lessons, while spying on his teacher’s methods. LOL

@Marisa_C asked for volunteers to teach her German. She also offered to teach one hour per week of Modern Greek in 2nd life. She also tried to co-opt @vickyloras into doing the same, which seemed to meet with a positive answer.

@cioccas decided that Vietnamese would be more useful.   @Wiktor_K is going to learn Welsh.  @designerlessons is planning to improve his Spanish

@hartle particularly liked @pjgallantry’s wish to win the lottery – good luck with that one!

On a final note @Marisa_C wants to shake some teachers out of their complacency and lack of professionalism. @designerlessons and @vickyloras agreed that teachers need to be learning and developing all the time so they can stay effective and engaging. @janetbianchini would love to introduce blog writing to the teachers she teaches. @sueannan and @Marisa_C thought they might be able to introduce the idea on their respective TT courses as a reflective tool.

@cioccas: Anyone want to come to Australia in July? http://t.co/d5cpmjxV

@tonygurr: So, you want to be an ELT Teacher Trainerhttp://t.co/sw2nnRZ1

We agreed to look back in six/ twelve months to see where we are at – will we still be, as Marisa says: @Marisa_C  you all know how I feel about it – if you think about it we’re just a small island of loonies in an ocean of indifference.
Or will we have managed to get our colleagues on board. The jury is still out on that for now………..