This is a video summary, as requested, of the #ELTchat from 29 May 2013 on the subject of exploiting short film and video clips.  It is based on extracted quotes throughout the chat broadly based around the following five themes: 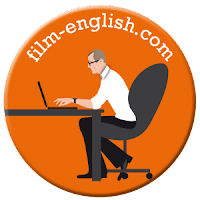 1) Reasons for using short film and video clips.  A theme which ran through the chat was why choosing shorter length videos, from whatever source they might be, was preferable to longer videos.  Many participants brought up positive views on the use of shorter videos, even clipping videos where necessary. The focus was on ‘exploiting’ (making good use of) clips rather than dwelling on any possible disadvantages.  A huge number of resources were mentioned and these are all linked to at the end of this brief summary.

2) Issues of length.  As a continuation of above, really, there was general agreement that plenty of language work was possible with videos of 5-6 minutes in length, 10 minutes max.  Some felt that information overload can occur or that students fall into a kind of ‘TV trance’ if the clip is too long.

3) Criteria for choosing.  This was, perhaps, under discussed. The question was raised near the beginning and there was sufficient criteria put forward for it to warrant a section in the video summary.  Ideas included quality, engagement, topic or content and whether higher order thinking skills would be utilised.  But a deeper exploration of this issue never really got going, such as the basic question of what comes first, the video or the lesson objective?

4) Type of video.  Animation, advertisements, silent films or ones without recognisable dialogue were popular choices.  For some, it was important that the video clip used had some kind of pedagogic aim, even if that word was not explicitly used.   For some, it depended on the level and age of learners.  Some felt authenticity was important, and for a short time the chat briefly touched upon students making their own videos.  For the most part, videos that can be used were ones not intended for language teaching, indeed the less talk the better!

and 5) Techniques.  Towards the end of the chat, ideas were put forward as to the way to incorporate video clips into the lesson.  Certain techniques, such as using freeze frames, split viewing, using them for prediction tasks, and getting students to do voiceovers or commentaries, were highlighted.  It was also mentioned that getting students to re-enact or ‘stage’ the clip, especially if there was some kind of narrative, was also a possibility.   ‘Videotelling’ was another idea raised, and for more information on that, participants were guided towards Jamie Keddie on the subject (see links).

The video clips come from links mentioned in the chat. An exhaustive list of links follows the video.

Note: As often happens, links and comments that were shared but without the #ELTchat hashtag could not be included, unless retweeted with the hashtag.  I had to edit the order of the quotes to try to establish some sort of narrative.  In the end, like many great scenes left out of movies, a lot quotes had to end up on the cutting room floor.

The Power of Words by Andrea Gardner – http://bit.ly/11vLJbn

The Black Hole by Phil and Olly (Future Short) – http://bit.ly/15VkJ

Shaun the Sheep is feelin’ good by Aardman Animations – http://bit.ly/18Gltl4

Let It Rain by Mike Hardie and Chris Byrnes – http://tropfest.com/ny/

Links to resources mentioned in the chat:

Presentation at IATEFL conference on Using video in the classroom with teen learners – http://bit.ly/12ThTA5(@Marisa_C)

ShareSafeTV – a way to clip YouTube videos so that it plays a smaller section – http://t.co/aR6h6mBIqU (@sandymillin)

Pinterest board for interesting texts, includes some videos – http://t.co/LmOYNWIya4 (@Marisa_C)

‘The Power of Words’ – an inspirational video by Andrea Gardner – http://t.co/YvfaxL1tzc (@naomishema)

The Wittertainment Code of Conduct – poster and video – http://t.co/ok61iVi6Af (@sandymillin)

Short of the Week – a huge, curated collection of short films, including many animations, from the around the world –http://t.co/RIAc1TvOpf (@kierandonaghy).

Overstream  – http://t.co/LinDyTLR8g – ‘the joy of every voiceover addict’ (@Marisa_C and @sandymillin) and which allows you to add subtitles to YouTube videos (@shauwilden)

40 CPD videos for colleagues ‘that will ignite a discussion’ – http://t.co/qLd5Tjub3U (@sueannan)

Animoto – for students to create their own animated vids – http://t.co/6e4fjPYsO0 (@mattellman)